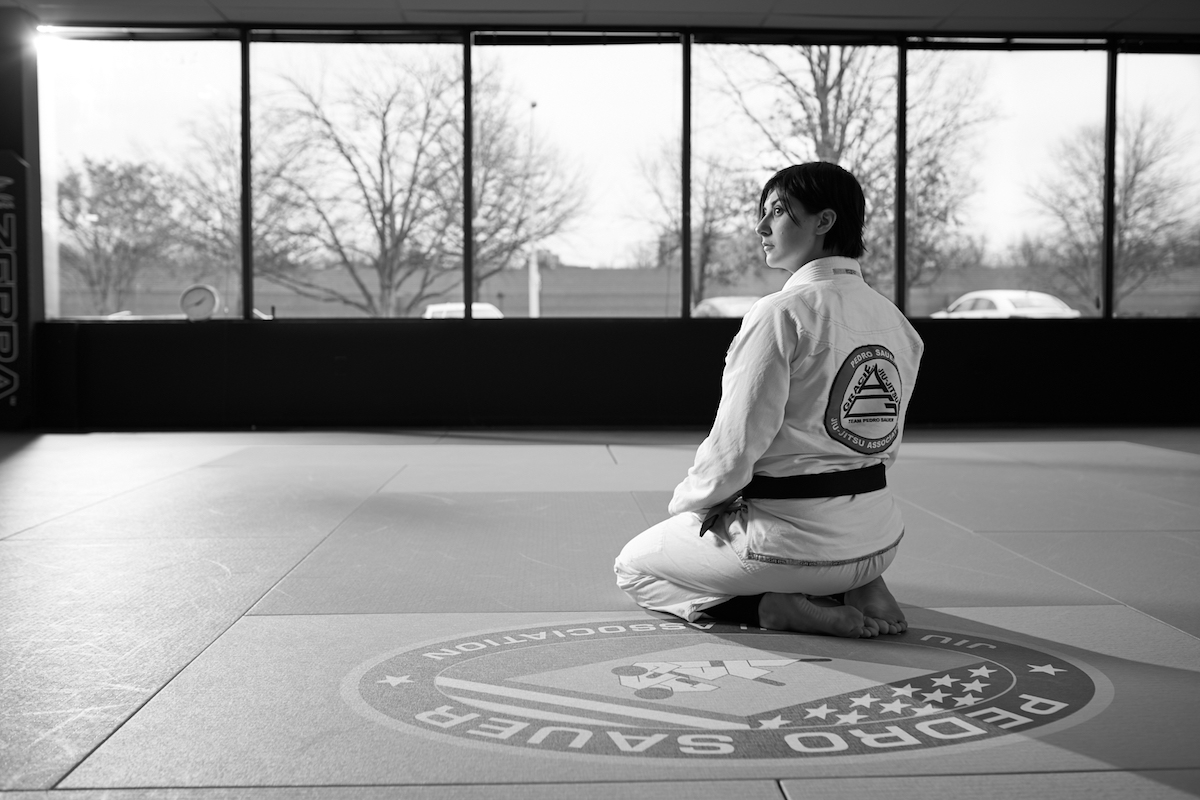 Kristen DeBruycker began her Brazilian Jiu Jitsu journey at age 20. She began training in under Dennis Hayes in Roanoke, Virginia while she was in college. Upon graduation from Hollins University she moved to Northern Virginia where she continued her training directly with Master Pedro Sauer. She received her blue belt in 2008 and in 2009 started teaching the kid’s Brazilian Jiu Jitus class at Pedro Sauer HQ.

Kristen DeBruycker continued to teach, train, and compete in MMA. In 2011 she received her purple belt from Master Sauer and shortly after started teaching the adult Fundamentals class at Pedro Sauer HQ.

Kristen DeBruycker also started teaching Brazilian Jiu Jitsu at George Mason University eventually being nominated for an Adjunct Teaching Award. Kristen DeBruycker continued to work on her craft of teaching and growing the kids program. In 2014 she received her brown belt from Master Pedro Sauer.

At this point Kristen started traveling and teaching seminars at other schools around the country. She also started to develop her own teaching style and launched her YouTube Channel and blog. In December 2017 Kristen tested and received her Black Belt from Master Pedro Sauer.

She continues to train people in person and online. Kristen DeBruycker also consults and teaches instructors how to run kids programs. Kristen currently travels and teaches seminars around the country and globe.