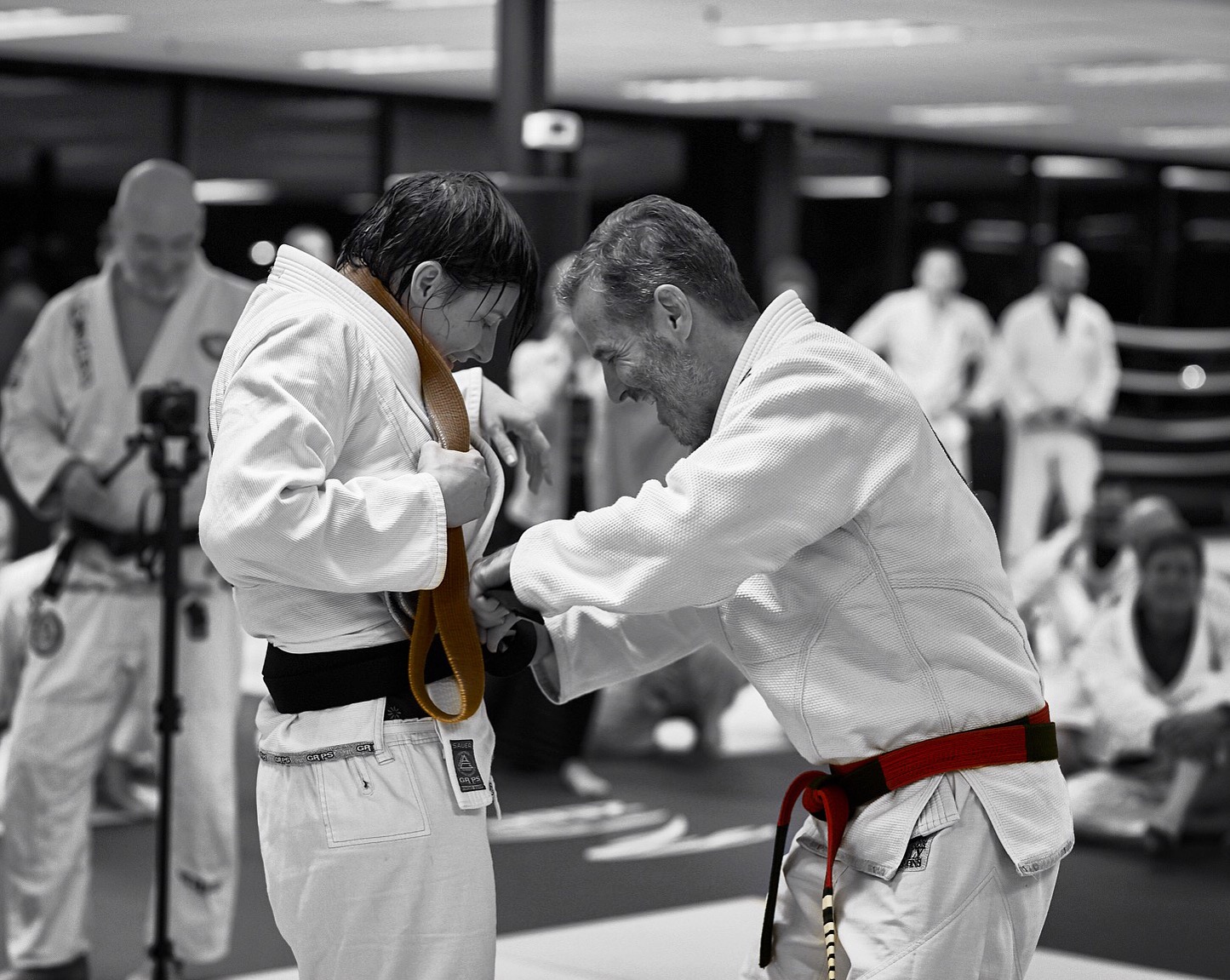 On December 20th 2017 I had the honor of testing for Black Belt under Master Pedro Sauer. I passed and am now a black belt in Gracie Jiu Jitsu under Master Pedro Sauer. It was an amazing moment in my life that is the culmination of almost 12 years of training in Brazilian Jiu Jitsu. It was very emotional day and I was very proud to be part of not only an amazing school and association but also a wonderful community as part of the Brazilian Jiu Jitsu and martial arts world.

When I started Brazilian Jiu Jitsu, I didn’t like it. I know that is hard to believe now but in fact for the first two years I hated it. It didn’t make sense to me. It was frustrating and discouraging. I was one of the only women on the mat and all I would do is get beat up every night when I started. I did it begrudgingly because I knew I had to do it because it was good for me, like eating vegetables.

I loved MMA, and my dream at the time was to fight in the cage. I saw time and again if you didn’t have a ground game your kinda screwed. So I started Brazilian Jiu Jitsu and Muay Thai at the same time at a school down in Roanoke, VA called Hybrid. When I walked on the mats for Jiu Jitsu I was a fish completely out of water. I felt lost. “Do I belong here?” Luckily, because of the kindess of the instructors there I kept with it and when I finished college I was directed to Master Pedro Sauer himself when I moved back to Northern Virginia.

You’d have to meet Master Sauer to understand. He is an amazing instructor and a wonderful person. He never forgets a face. Did mention he’s REALLY good at Jiu Jitsu? Of course at that time I didn’t appreciate it. We used to train in a garage with no AC and a bunch of “killers”, as Master Sauer calls them. He used to have to spilt the training into under 200 lbs and over 200 lbs because there were so many big guys in class. There weren’t as many upper ranks back then so rolling was kind of a fight for your life so to speak. I would get tapped probably 30 times a night. Sometimes I would go into the bathroom after training and just cry because I was so frustrated.

So how did I get better…?

Everyone thinks that there is a secret to becoming a black belt. There isn’t! I just kept showing up and I didn’t quit. I put the blood, sweat, and tears in over the last 11 years to get where I am today. Now I probably wouldn’t have made it without the support of friends, family, loved ones, training partners and mentors that I have met along the way. They all influenced me so much and helped me grow along the way. I would not be the person that I am today without martial art, Brazilian Jiu Jitsu, and Master Pedro Sauer. But just remember a black belt is a white belt that never quit. So keep going and you’ll get there.