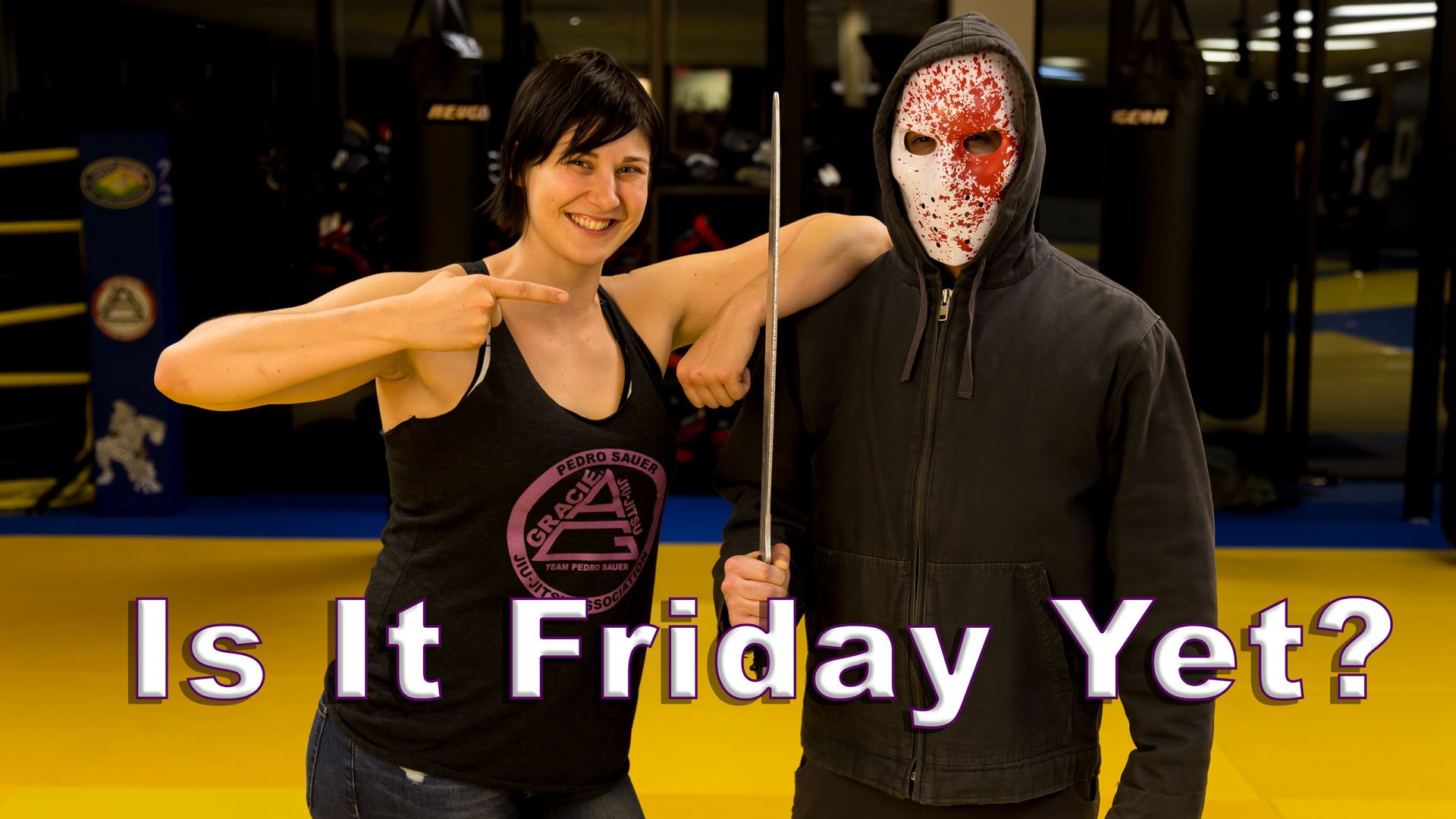 No, it’s Throat Punch Thursday and we are kicking off the Halloween season dealing with horror film’s greatest slashers and what you should do to defeat them. We are starting off with Jason from Friday the 13th, who didn’t get his hockey mask until the third film.

Since Jason’s choice of weapon is a machete were are going to show how to disarm Jason and uses his machete against him, by chopping off his head! I’m sure he’ll be back though for the next installment of the series.

If you want to support Throat Punch Thursday, click the links below.